Erik Hersman is an entrepreneur and the co-founder of Gridless. In this interview, we discuss how half of all Africans are without access to electricity, the affordability issue affecting the rest who do have access, and how Gridless aims to alleviate this situation by helping to build out cheap sources of stranded renewable energy.

Africa has an energy problem. It has been estimated that the continent has the potential to produce approximately 2.5 million terawatt hours of energy per year from solar and wind energy. To put that into context, the US uses around 4,000 terawatt hours of energy per year. And yet, approximately half of all Africans lack access to electricity. Furthermore, a large number of those with access struggle with the relatively high costs.

There are a multitude of reasons why this situation has been allowed to develop. But, despite the focus of major NGOs and developed nations, the issue is getting worse: whilst access to electricity is increasing around the world, it is declining in sub-Saharan Africa. And, without access to energy, any plans to improve Africa’s economic future will always be constrained.

While some have seen this as a tremendous challenge, others have recognised it as a tremendous opportunity. Whilst the issue of stranded renewable energy was being mitigated by Bitcoin mining, the costs for the associated equipment were prohibitively high. That was until last year when the problems that beset the mining industry in the US, opened the doors for those looking to harness the power of Bitcoin mining in Africa when the price of ASICs dropped sharply.

The thesis is simple: Bitcoin miners help subsidise the build-out of mini-grids, providing electricity to dispersed and remote communities. As supply and demand find an economic equilibrium, the Bitcoin miners can be redeployed and the process starts in a new location. It is a market-driven solution that provides a return to all stakeholders. The aim is to catalyse the electrification of Africa. It may result in Africa becoming a new home to Bitcoin miners. 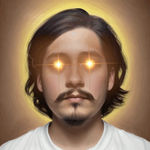